The caves of Sare are closed until February 05, 2023 included.

The site of the caves of Sare includes a free museum allowing to deepen various subjects broached in the cave :

The various stages of Human evolution from Prehistory to the present day, thanks to information panels and the exposition of relics.
The life and work of JM Barandiaran, an eminent prehistorian and Basque ethnologist
The role of bats in our environment.
A small bonus ... A reminder or introduction to the Basque mythology mentioned during the visit. 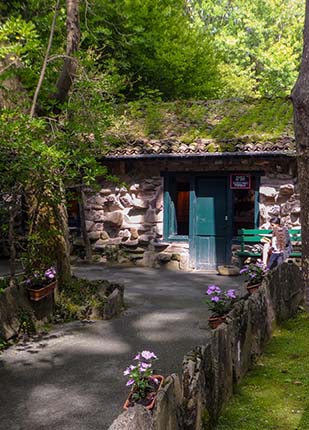 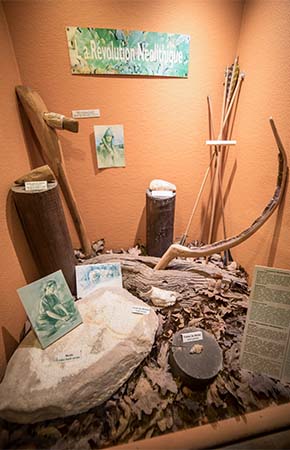 the evolution of Humans
from prehistory to the present day

A part of the site museum is composed of several showcases and explains the evolution of Humans from prehistory to the present day. Starting with the first humans to end with Homo Sapiens Sapiens, but also describing Homo Habilis, Homo Erectus and Neanderthal, you will discover their distribution area as well as their way of life, both of which continuously evolved according to climatic changes. You will also get to know some of the techniques they used to work raw materials.
The excavation carried out within and around the Caves of Sare as well as research works and numerous stories told by the persons living near the area prove that the caves were used for different purposes according to the periods of time.

Though the most ancient traces of human activity in the Basque country date from 200.000 years ago, prehistoric humans momentarily stayed in the Caves of Sare from 35.000 à 10.000 BC.
Used as habitation during prehistory, the Caves of Sare were also used as a haven by people wounded during the wars (Napoleonic wars - 1808-1810, Carlist wars - 1833-1839 and 1872-1876, world war…). They were also used as border-crossing and exchange point for "night work".

Numerous relics are presented in the museum, dating from : 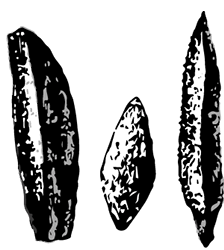 You will also discover an exhibition dedicated to José Miguel de Barandiaran, eminent Basque prehistorian and ethnologist. During the civil war (1936), he escaped Franco’s Spain and took refuge in Sare during 15 years.

Rapidly adopted by the people of the village, he never stopped his research.

He carried out considerable work, underground but also on earth, by questioning the population on popular beliefs and myths, to try to establish a link between the roots of Basque man and his culture.


The guided-tour with sound and light show of the Caves of Sare is dedicated to him
in acknowledgement of a life devoted to the memory of the Basque people. 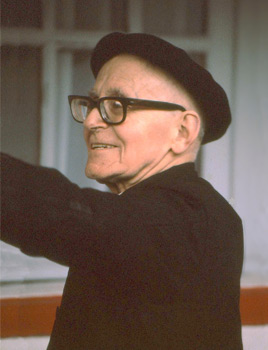 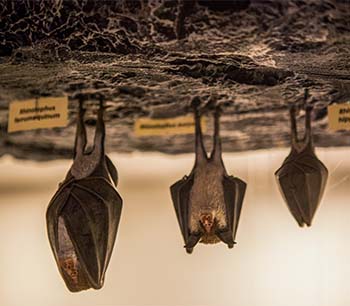 A rich and protected nature

You will discover here the essential role of bats in our environment.

The caves of Sare count more than 10 species of bats !
The majority of them are in a protected gallery, which cannot be visited and dedicated to their protection.

In collaboration with CEN, we have equipped this gallery with 2 cameras which transmit images in real time on 2 screens located in the site museum and the reception building of the Caves of Sare.

Come observe this extraordinary mammal without disturbing it !